Planning achieved for 290 residential units within the Green Belt

Planning achieved for 290 residential units within the Green Belt

In 2014 Scott Brownrigg was employed by the NHS Property Services to develop an outline planning application to release 11.74 hectares of a former hospital site in Hornchurch. 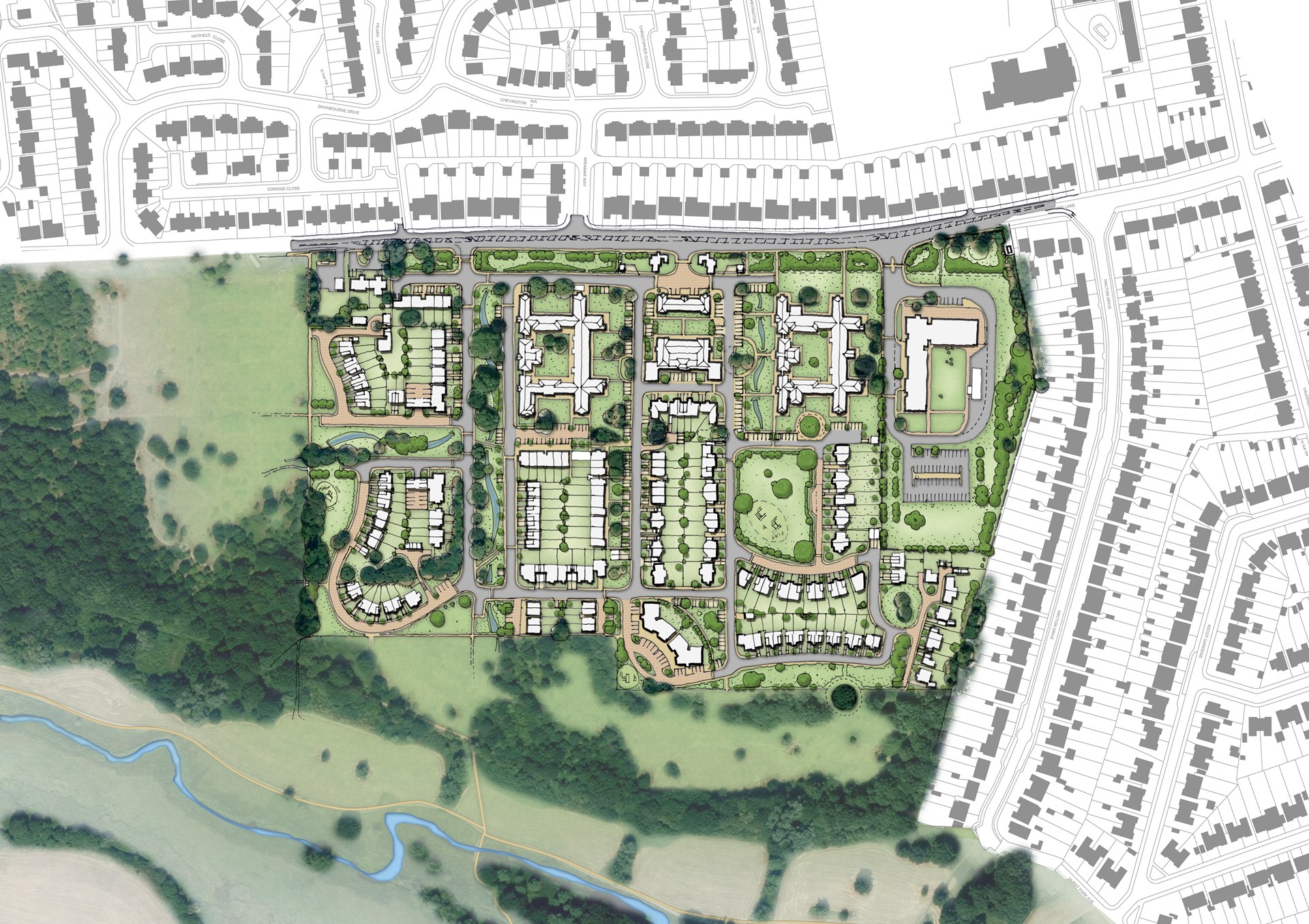 The site resides in the Green Belt on the edge of a Country Park and within the River Ingerbourne landscape valley. The masterplan took a rigorous urban design approach to  realize the site into 290 units including 86 residential apartments in converted buildings.

Scott Brownrigg and SW Planning’s approach was as robust as it could be, but the application was turned down at committee and the NHS Property Services appealed the decision. The overriding issue in this particular green belt site release is the proposed development creating ‘no greater harm’ than exists on the openness of the Green Belt. Scott Brownrigg’s DAS and parameter plans where scrutinized in detail and several weeks of writing an appeal commenced in April and May this year, defending the client’s and the design position and countering the argument that the masterplan would ‘create an unacceptable impact upon the Green Belt’. Scott Brownrigg then prepared a robust set of detailed written, drawn and measured evidence in support of bringing the site out of green belt and explaining the ‘very special circumstances’ that were presented to defend our masterplan and thorough urban design led approach.

The appeal decision was received on 13 July 2017 approving the masterplan for 290 units, thus enabling the next stage in the delivery of essential housing on this site, within the London Borough of Havering.

“I am delighted with the approval, it will help deliver essential housing in the London Borough of Havering.”

The site is now being marketed by the NHS Property Services to sell 10ha of the land for housing and further details can be found by clicking here.